EDIT: Judging has commenced and within a couple days, hopefully we will decide a players build. We have not forgotten about the second and third place people as well.

So as you may of heard, we are getting SKYBLOCK! Since most people cannot survive on just cobble and wood forever, we shall be incorporating a Premium Shop for this new world. Make it in the creative world and it will be judged by some well respected players and must follow a few guide lines:
For having the build chosen by the judges, you will get a large sum of diamonds and a RANDOM Prize given out! I will not give out details on what this random prize will be, but it will be worth it. For being in second and third place you will be given smaller but good prizes as well and can possibly be used for other ideas.

If you want it judged, post it here with the coordinates and pictures.

*This post will be updated a bunch so nothing here is final except the payment as of now.
**

I want to remind everyone that this is not the spawn itself. CailenVautour has already built a nice spawn that we are already using. This structure will house the premiums and things like that.

Also, please keep this structure open and with plenty of space (ie preferably no roof, no tight or tall walls, etc). If your structure makes you feel claustrophobic, then it likely won't be picked; keep it open as to stay with the spirit of Skyblock.

[Update]
I bigged it up yo. 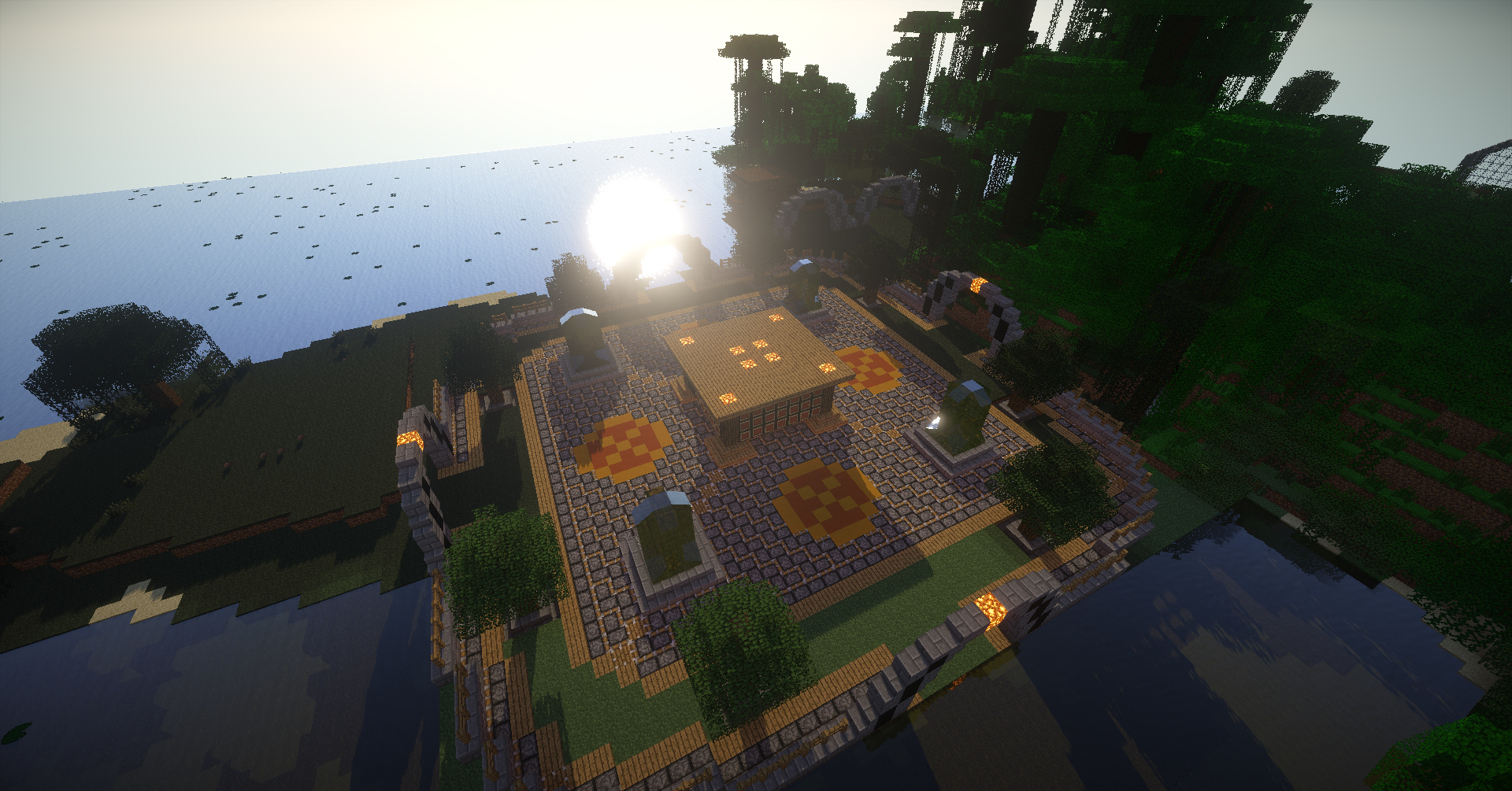 [Update]
Added more space for the signs and item frames. A total of 96 item frames now.

alright so at first i built this in a 49x49 enclosed room. can you tell me or show me where this will be put so i know how to best use the space? Like will it be floating next to the spawn building, in the building(which is why i put it in an enclosed room), floating somewhere else that could cause a problem to my design?

This is my submission edited to have no walls/roof. Its around 49x49 and at least 60 high because of the hanging lights. Edited the item frames to hold 70.

Here's my submission. Disregard the fence border, that was for reference.
X=-731
Z=-478 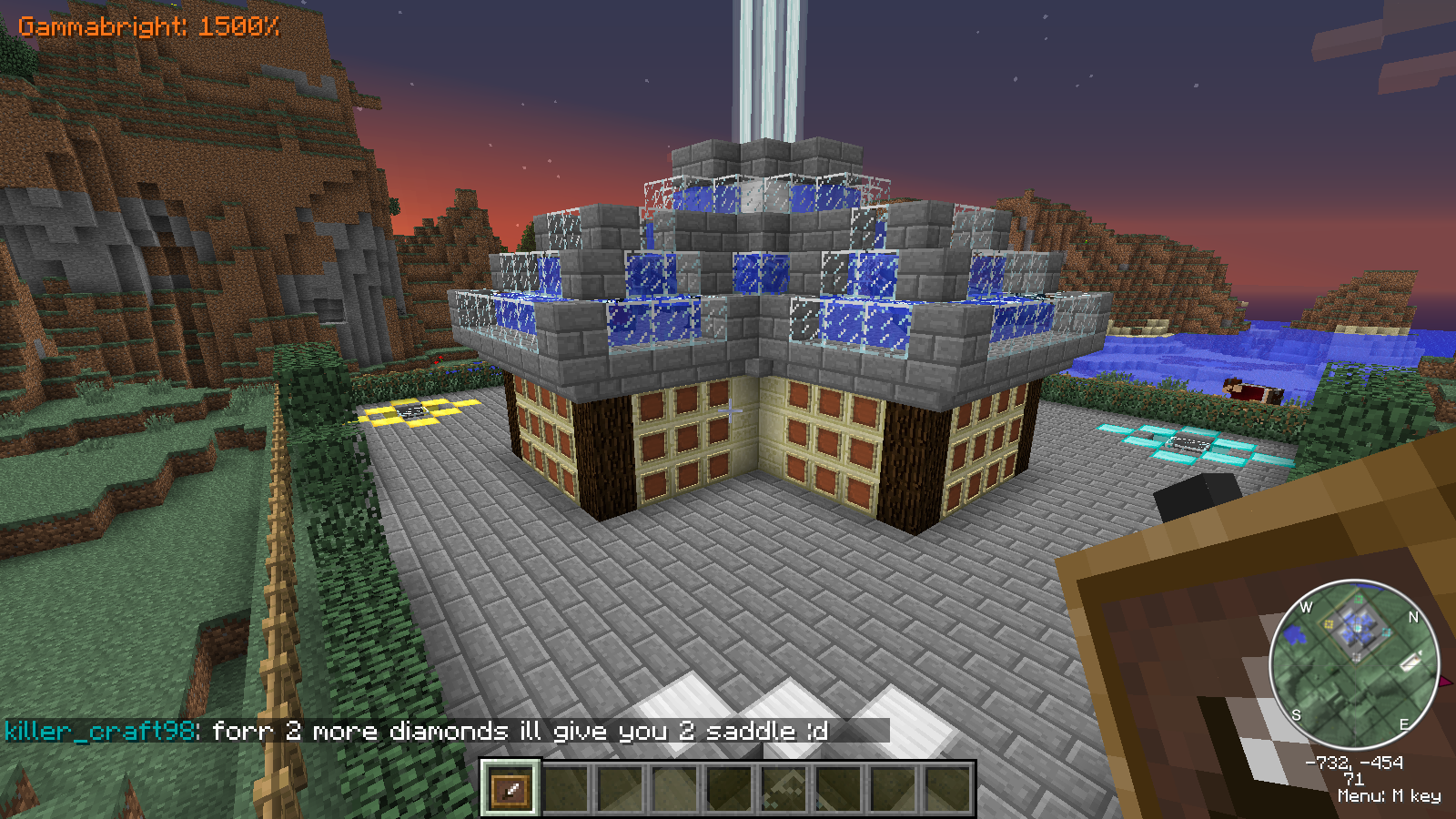 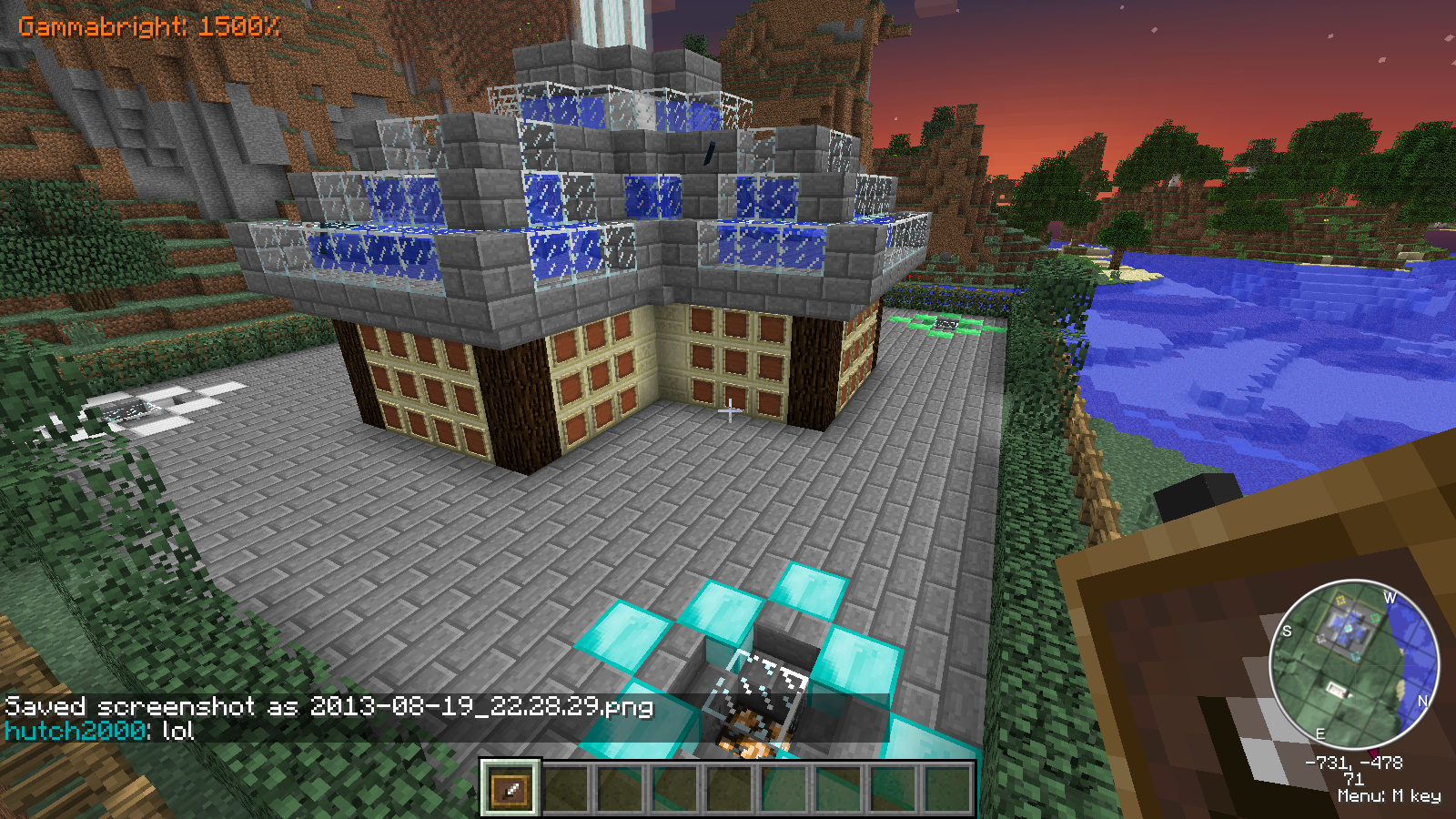 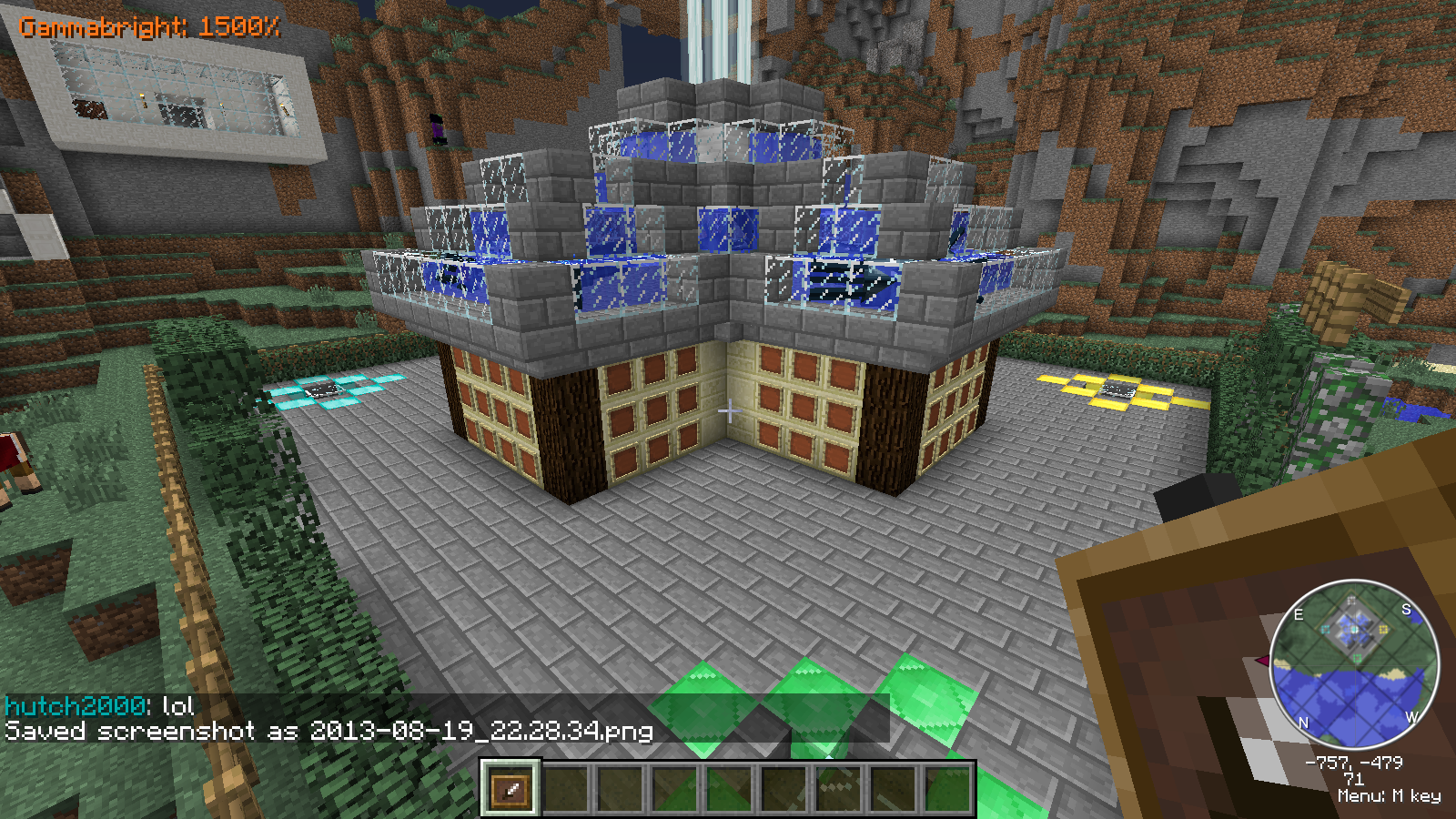 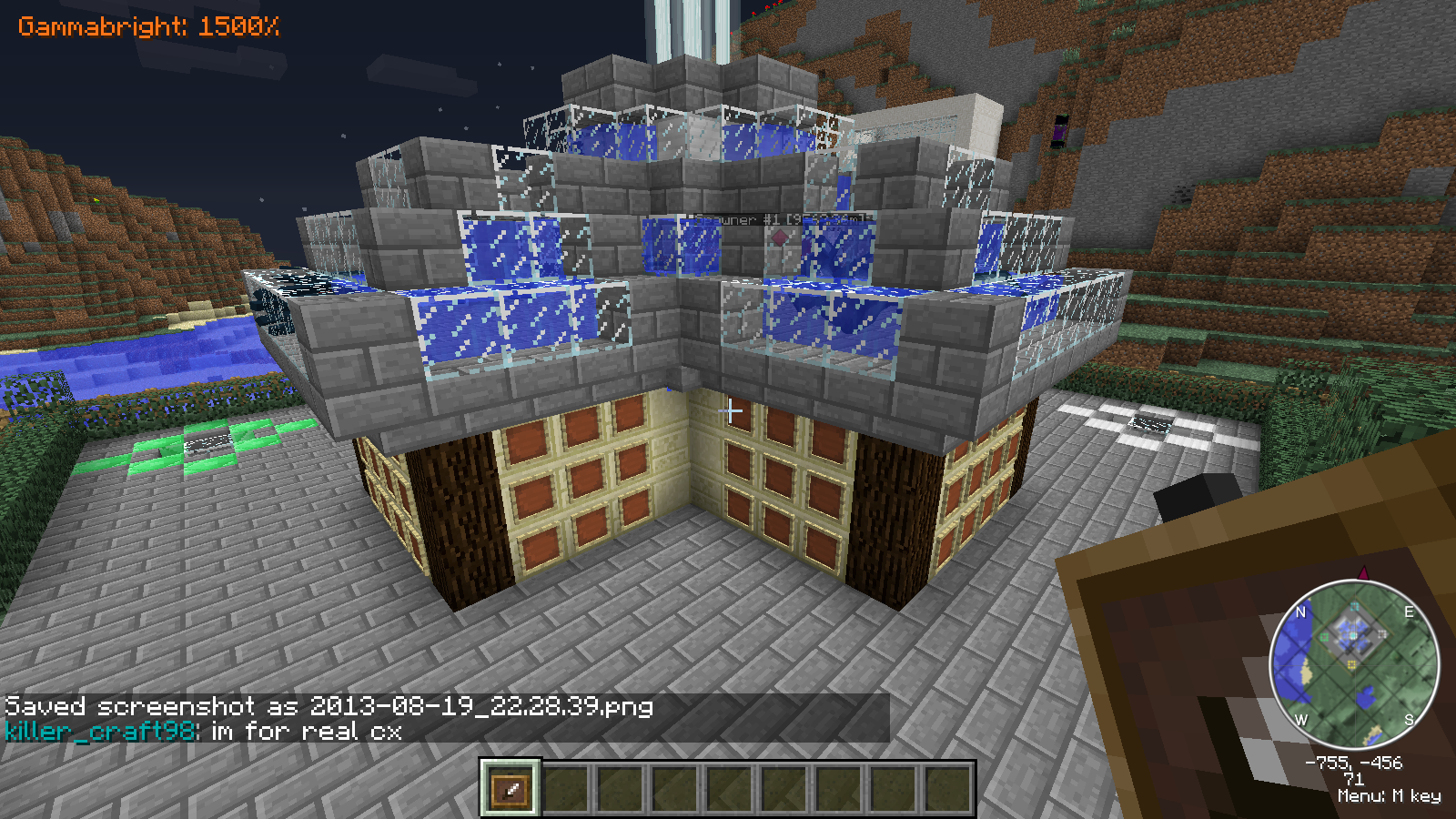 The squids are a tribute to HDModzz, just thought I'd add 'em.

If this would matter of course?

Built a little thing too, here's the screenies:

boldr fix the grammatical mistake in the first sentence, please; it's driving me INSANE @^@

lots of great builds!
I do want to clarify this specification

boldr said:
Must allow at least 56 item frames, and room for more to be added if need be (they cannot be a block either; it must be in a row that we can put a sign below and possibly above).
Click to expand...

Unlocked. For some reason it was locked because a mod probably saw a wrong date.

I'll go ahead and retool my build a bit then. Misunderstood the rules a bit. 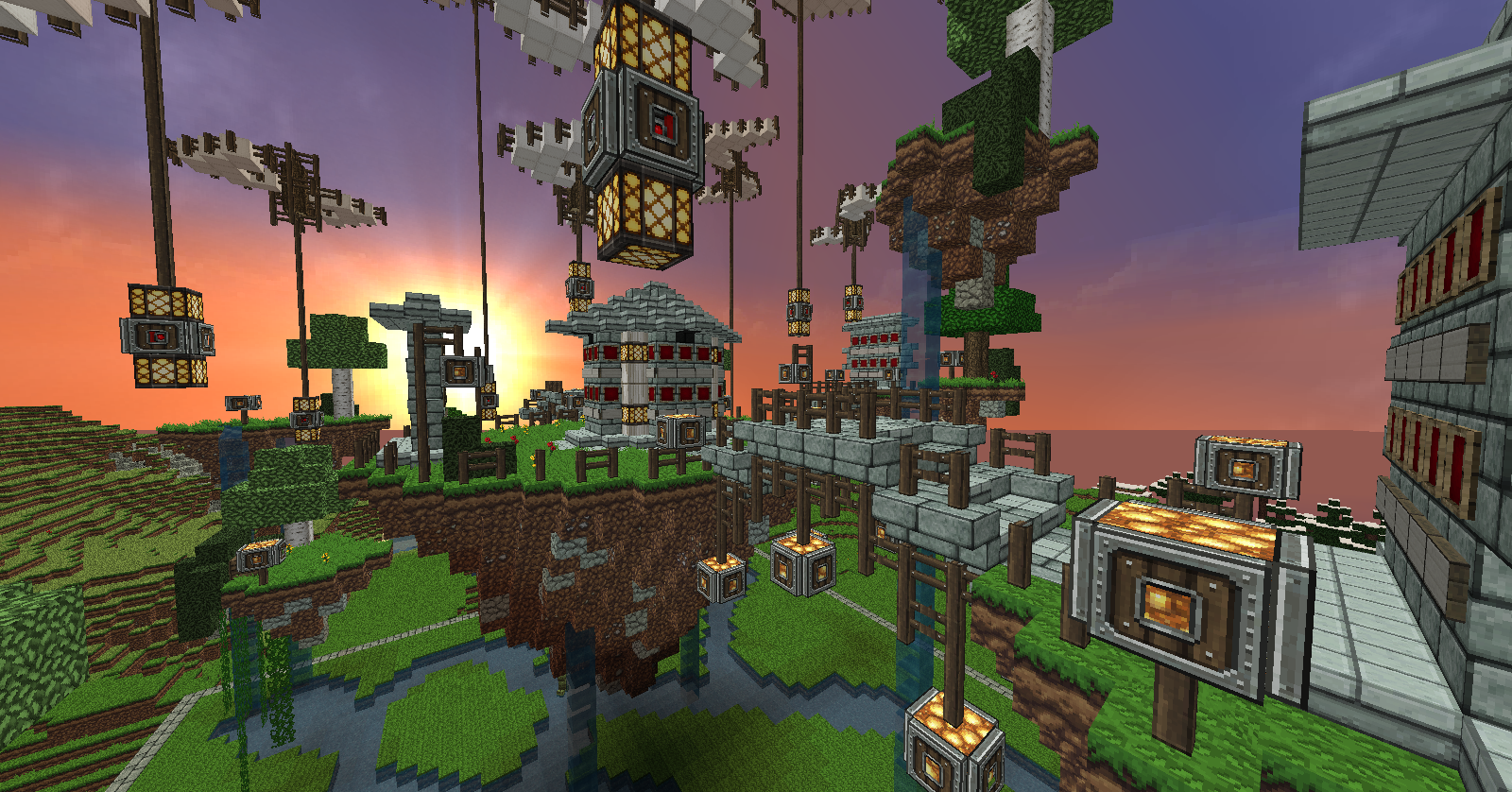 Well this just told me, "Vortega, you cannot build."

While admiring the builds in this post (lots of good ones!) Dood67's build gave me an idea, and that's what I'm submitting, my idea. The current plan is to have a spawn world and a shop world/warp area, Dood's wall and arches around his building & fountains got me to start thinking what it would be like to combine the two - so I did some experimenting and have posted a preliminary build to show what I was thinking. We need areas for the spawn & maybe "sky nether" portals, a shop, a tutorial & rules section and a pond for the fishing challenges. I took the world that Cailen & others were working on and widened it a bit and pasted Dood's build in the middle. I then added some additional land each direction and then, from the spawn area, made the shop area to the right, the rules/tutorial/trade area straight ahead and the fishing area to the left like so:

I duped Dood's floor for the shop area and made the shops surround the courtyard (a bit more open, "Sky" themed)

All the mini structures (cobblestone maker, trade areas, etc.) would fit easily on the outside of the rules/tutorial area (green wool). There would be plenty of room for all the island commands and Skyblock specific rules:

And to balance it out, a lake for fishing:

Where we enter from portal:

If we did something like this and ended up using my "Sky Sign" idea I would like to make them look uprooted like Telthios & Midrash did in their builds. If we ever needed another area we could move the portal to the center and use the current portal area as an expansion area.

That's my idea, hope some like it. While my post must seem like a vote for Dood's it's just that his is the only one that would work as I imagine this working. Also, I have not told Dood or Cailen about this idea, they may object to me infringing upon their intellectual property, lol.

Did another remodel to open up the shopping aspect of the build. 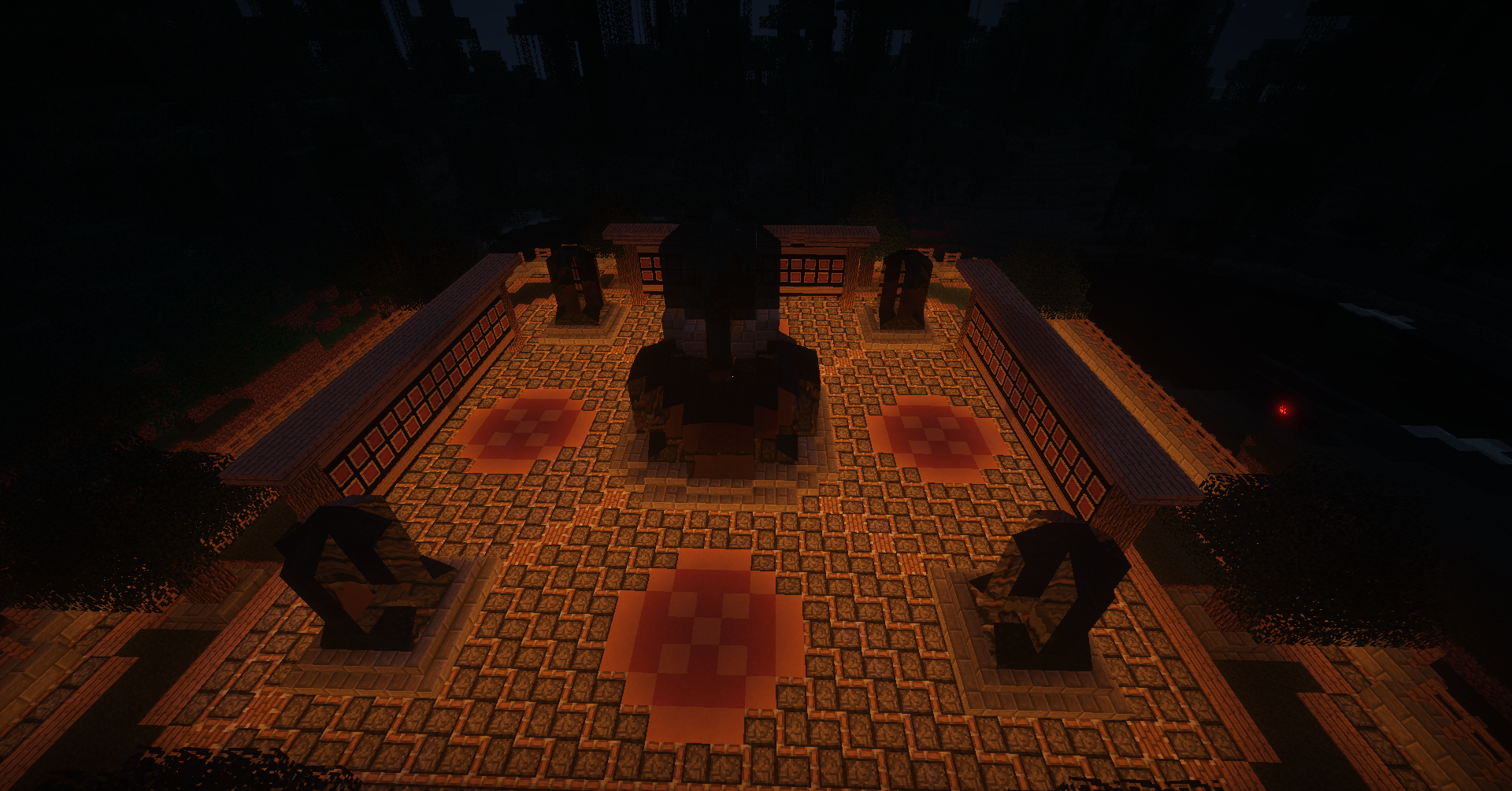 Have sex with me texture pack.

These are from my build, unfortunately I cannot upload better images of the build. (The whole think from above i.e.) That is because the files are too big -_-"