Lord of the Pants

So you've been mining so long your eyes are bleeding and wish there was a way to just automate the process? Got a huge build you'd love to make but swear your only ever going to be able to do it in creative cause it needs so much? Just want to concentrate your efforts on other things then having to endlessly dig around caves?

Then the Ender Quarry is for you!

What is it you ask? 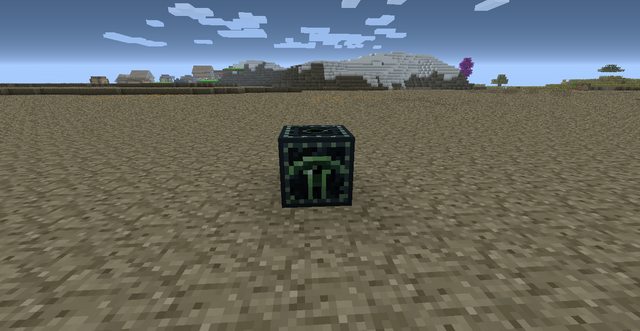 Using this little block you can mine out an entire area hands free. The Ender Quarry will use the power of ender to go though the area you defined and starting from the bottom, working to the top will move column by column "removing" everything it finds except dirt. I use quotes on removing because this quarry instantly replaces the block its mining with a block of generated dirt. It then deposits the mined block into an attached inventory. 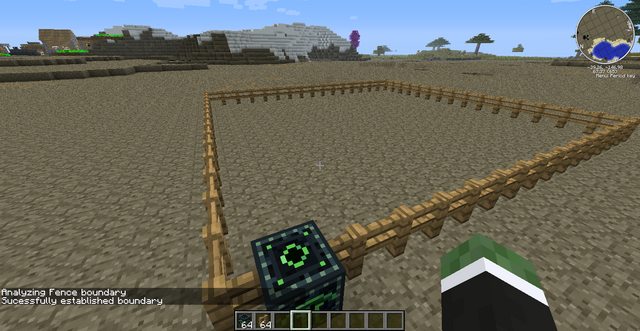 to get started you need to set the area it will be working on. To do this you surround that area with regular fence. I can't seem to find anything that defines just how large the area it can work at one time is but its large. Likely larger then the buildcraft quarry. Once you have a boundary just replace one of the fence segments with the quarry and then hit the quarry. It will analyze the fence boundry and if you did it right will tell you it was successful. 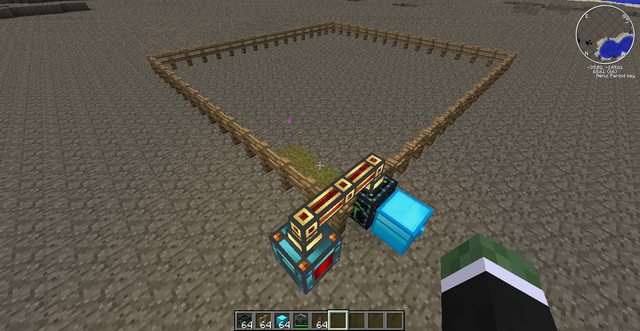 Next place an inventory next to the quarry. I usually use a diamond chest. Then attach a power source. For this example I've used a energy cell with some conduits. Once it gets power it will begin mining so long as it has a valid inventory to deposit into and that inventory is not full. If your inventory(such as this diamond chest) fills up, the quarry will stop and wait until it has room. A drastic improvement over the buildcraft quarry which would be happy to just toss blocks on the ground all day. During its run, regardless of how many chunks you have in the area fenced off the quarry will only load the chunk its working on at the time. Once its done in that chunk it will unload it and load the next one. This prevents server lag. It also means you should probably put a dimensional anchor next to the chest and power source to keep them loaded all the time while it works. 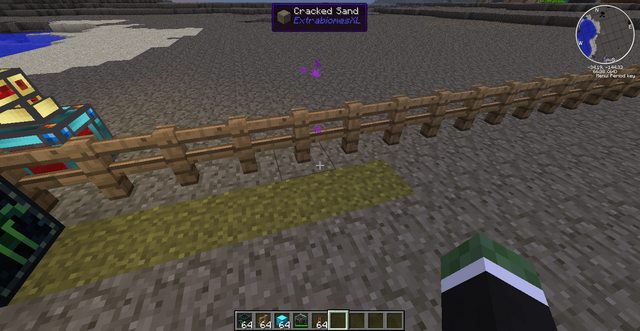 above you can see that in the column its working on there is an ender particle stream. Its how it uses ender power to get blocks instead of a big hulking crane. 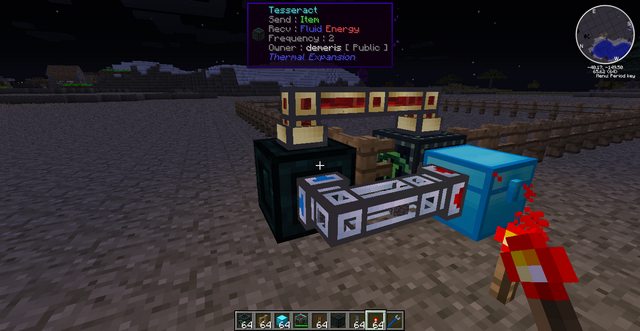 finally take note a single diamond chest, and likely not even 20 of them will be enough to hold the take from the quarry. If you only set an area of 16x16 at level 65(removing 5 levels for the bedrock) you need to be able to store up to 15,360 blocks or 240 stacks. But of course your not going to area off just 16x16 because that wouldn't be using it to its fullest potential. likely your going to be going for an area like 64x64 which is 245,760 blocks going from 65 down or 3,840 stacks. That would be about 71 diamond chests(each holds 54 stacks). Also note that the quarry uses alot of power. One cell probably wont handle it.

So in the Above example we replaced the power cell with a Tesseract. This one is set to receive power and send items. So that is it will get power from another tesseract somewhere else in the world, and supply it to the quarry. while at the same time the itemduct is pulling items from the Diamond chest and sending them into the tesseract. This way you can put the other tesseract somewhere in your base and give it power and set an itemduct from it to a larger storage system that can handle the load.

I would recommend for power the quarry should be pulling off a Big Reactor outputting at least 8,000 RF/t with a Resonant Energy Cell in between to act as a buffer. The itemduct should be heading into either a mass amount of Deep Storage Units, with pneumatic servos set in the ducts to sort the blocks, or even better, into an Applied Energistics ME storage system. Which can take in the entire load provided you have enough storage cells installed.